at vellore website
The 31st National Council meeting was held today. CMD, also being the Director (HR), chaired the meeting.
Staff side mentioned that due importance has to be given to the demands of Unions and Associations, especially when they are on agitation. The indefinite fast programme by SNEA in front of the Corporate Office which entered 4th day today was pointed out by the Staff side and wanted the Management to show more care and sensitivity while dealing with issues raised by Trade Unions.
As well, Staff side strongly opposed the Corporate office circular dated 19.09.2014 on Dharnas and demanded it's withdrawal. Management agreed to suitable modify the circular.
The issues of Stagnation, PLI, Wage Erosion and JTO RR were also discussed. The Management said that they are on the Job. The Management told that, on the issue of Wage erosion on 1.1.2007 of Direct Recruits, they have already agreed to give one increment but Unions are not agreeing. Finally, it was agreed, in principle, to compensate the loss on that date.
Discussion on new items :
1. Restructuring of Pay scales compatible to wages after 78.2 IDA merger : Staff side argued for changing the Pay scales due to more instances of Stagnation after 78.2 IDA merger. Difficulties in modifying the pay scales was pointed out by the Management.
2. Difficulties faced due to ERP implementation : Staff side put forth the difficulties faced by Staff and Administration in Circles were ERP has been implemented. Management will try to address the problems as soon as possible.
3. Issue of Rule 55(1), 55 (2) and 55(II)(C) of CDA Rules : Staff side was asked to give a detailed note.
4. Delay in GPF payments : Management suggested - quoting DOT - that GPF payments can be had from CCA. Staff side argued against the proposal citing difficulties that would be created to staff working SSAs. Mangement said that it will try to address the delay.
5. Inclusion of Brothers/ Sisters as dependents for BSNLMRS : Financial implication to be worked out first.
6.Transfer policy : Staff side wanted inclusion of Rural Area in the Transfer Policy and staff working in Rural areas are to be given relief by way of transfer. Management will study.
7. Payment of Medical allowance to retired employees : Management suggested payment of 7 days wages as allowance. Staff side demanded improvement on the offer of 7 days wages.
8. Discrimination in immunity from transfer between Executives and Non executives : Will be looked into by the Management.
9.GSLI - ( Group Insurance from LIC ) : A tripartite meeting will arranged to evolve new premiums instead of the present 105/315/525.
10.Restoration of one extra increment inlieu of Grade IV : Management will give a note to Staff side on why it may not be possible.
11.Framing of bye laws for Councils : The issue was discussed.
12.Delay in giving clearence by QA circle to TFs : Issue discussed.
13.Second Restructuring of cadres : Management spoke of Deloitte recommendations. Finally, on the basis of todays need for skills in the Corporatised and competitive environment, it was agreed to discuss further.
14.Upgradation of cities on the basis on 2011 census : Cases like Ahmedabad, Nellore, Erode, Vellore, etc., were discussed. Management said that this will be done after Ministry of Finance issues the order. Staff side wanted BSNL to write to DOT and Management agreed for the same.
15. Restructuring of Industrial cadres : Issue discussed.
16. Multi tasking of Staff : CMD spoke about the need for Multi tasking. This will be positively framed taking into consideration the specific needs of BSNL.
17. Life assured benefit under LIC Leave Encashment : Second tripartite meeting between BSNL, Unions and LIC will be arranged.
18. Rajabasha Adikari posts on Uniform basis : Issue discussed and Management said that it will try to address the demand.
19. Negative Marking System : Management said that negative marking system prevails only in objective type exams.
நேரம் 8:49:00 பிற்பகல் கருத்துகள் இல்லை: 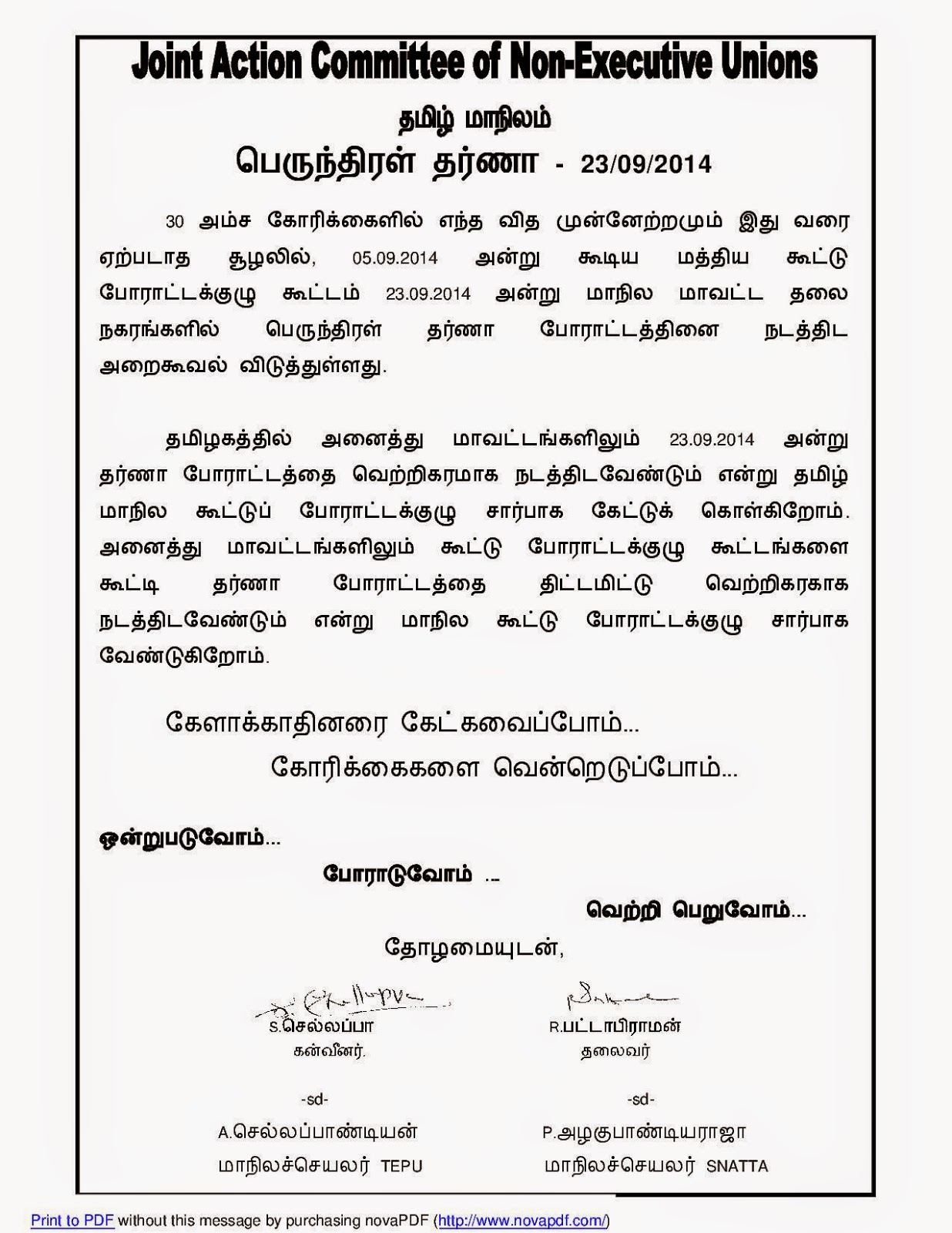 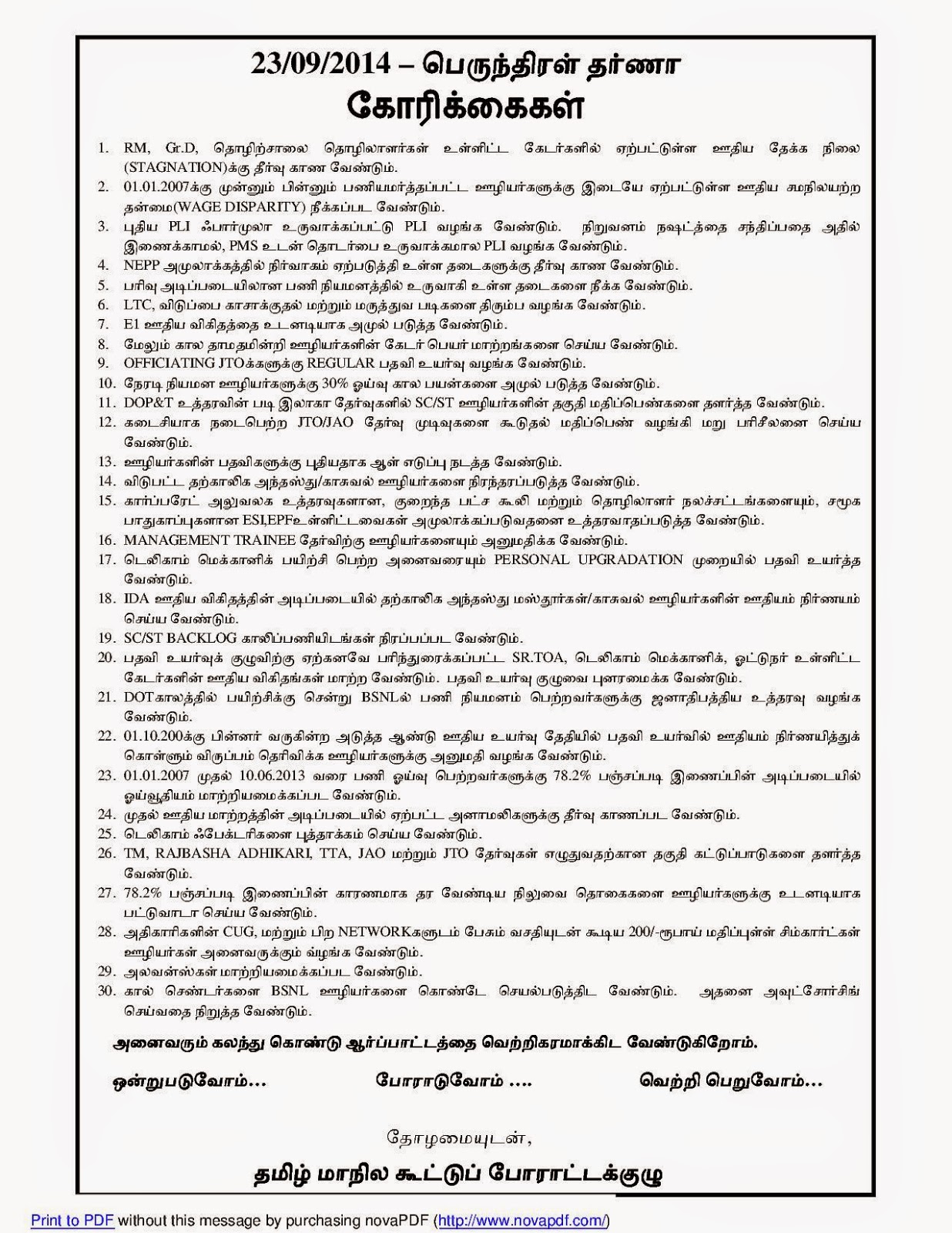 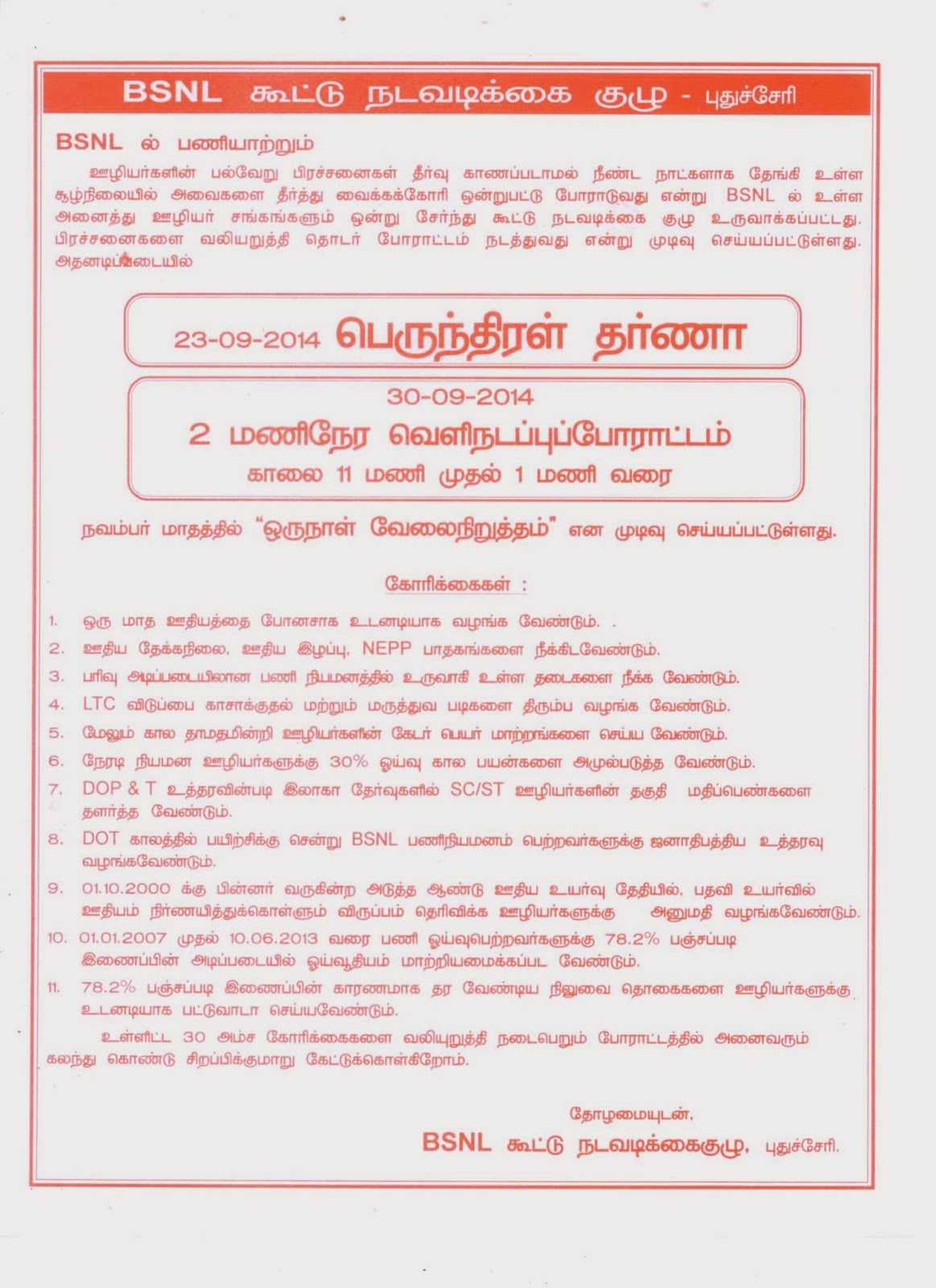 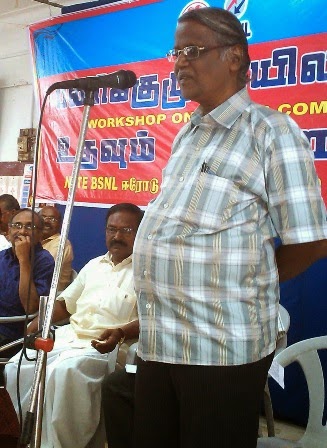 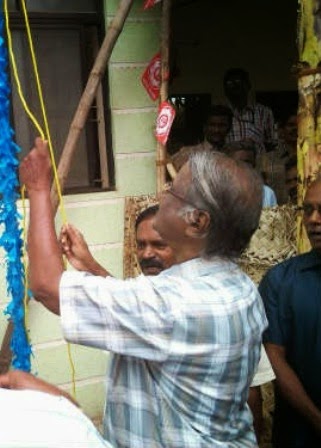