No gloom in telecom sector, only correction:


No gloom in telecom sector, only correction:
RK Upadhyay, BSNL chief
NEW DELHI: Stating that there is no gloom in the telecom industry, BSNL today said the sector
has grown "too fast" in the last few years and a correction is taking place at present.
"...we have been growing rather too fast in last five-six years, so in my opinion, a correction was
due and that correction is taking place, so therefore, there is no gloom," BSNL chief R K
Upadhyay told reporters here.
He added there is a huge potential for the sector to grow and companies should take advantage of
the situation to kick start the second phase of growth.
"This is the right time for a second kick-off, it is a reality check happening and the companies are
in best position to take advantage to kick-off the second phase of growth," the BSNL CMD said.
The telecom industry has been going through tough times as a result of minimal growth in
subscriber additions and huge cash outgo for paying spectrum charges.
As of September 30, 2012, there were 937.7 million telephone subscribers in the country, of
which 906.62 million were mobile phone users.
Out of the total 906.62 million wireless subscribers, only 698.96 million were active for the
month of September 2012.
From a growth rate of 12-15 million additions a month, the total net monthly addition has now
become negative as operators like S Tel and Etisalat DB have shut shop completely, while others
like Uninor and Tata TeleservicesBSE 1.15 % have stopped offering services in select circles.
Rating agency Fitch has also assigned a negative outlook for telecom sector in 2013.
"The outlook for the telecom sector in 2013 is negative, reflecting expected weaker balancesheets
due to regulatory payments to re-acquire licences and continuing limited ability to raise
tariffs, given the high level of competition," Fitch had said.
-o

Joint Forum of BSNL/MTNL decided to
conduct Dharna on 17-12-2012 & 18-12-
2012 and also decided to include the
following issues in ongoing agitational
proframme of ITS repatriation. (1)
Immediate issue of Presidential Directive
from DOT for 78.2% IDA fitment for BSNL
employees. (2) Pension of MTNL retirees to
be paid by the Govt. as in the case of BSNL
retirees. (3) To ensure financial viability of
BSNL/MTNL.
நேரம் 4:02:00 பிற்பகல் கருத்துகள் இல்லை: 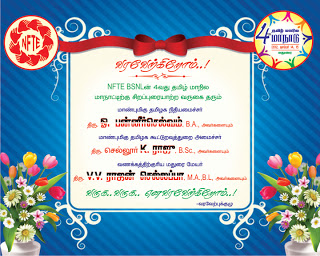 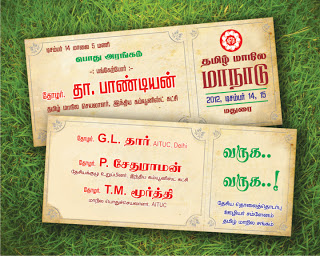 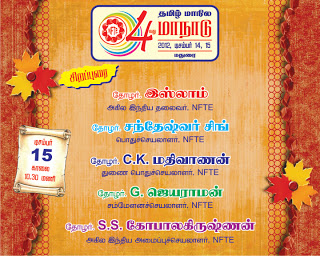 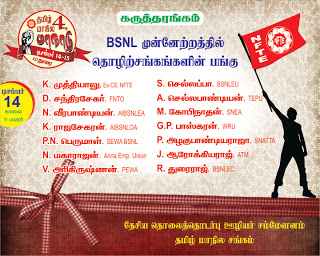 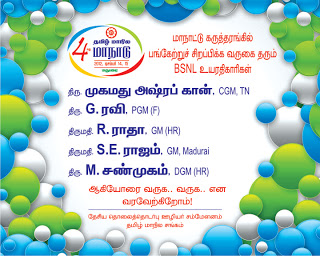 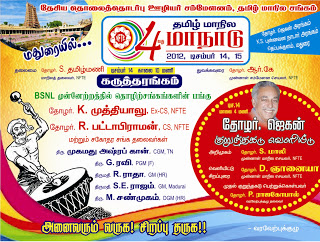 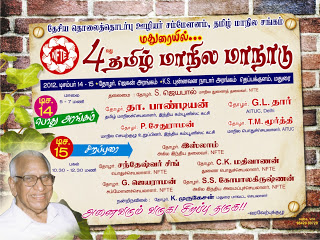 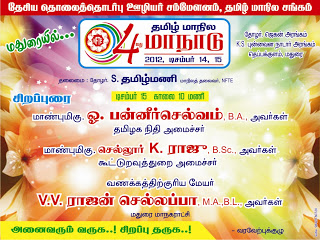 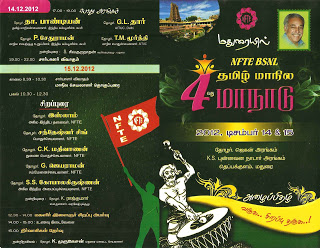 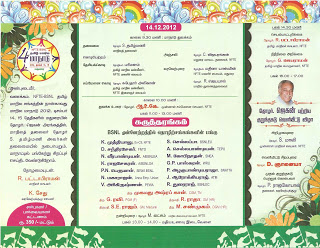